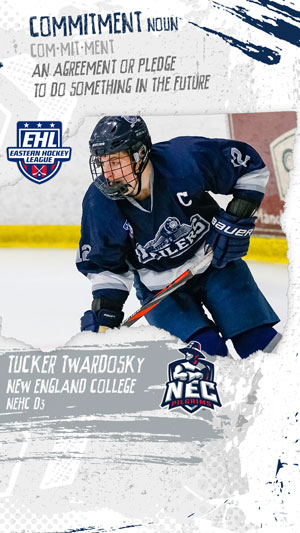 The Worcester Railers Junior Hockey Club is proud to announce that forward Tucker Twardosky has committed to New England College for the 2020-21 season. Tucker served as one of the three captains of the Railers and scored 12 goals and 18 assists for 30 points this past season.

“My experience with the Worcester Railers this year has been beyond great,” Twardosky said.

A native of Merrimack, NH, Tucker was most impressed with how hard the coaching staff worked to prepare him to be an achieving student hockey player at the college level.

“Every day behind the scenes it wasn’t just me working my hardest to improve my game,” he said.

“Coach James Mello and coach Brian Addesa were working just as hard adjusting and perfecting my game, and trust me, they broke the game down into every small detail. This resulted in better reads on the ice and prepared me to react quicker in all situations. Their use of video consistently as a teaching aid allowed me to quickly correct any mistakes I was making while I played the game.They were there,with me, and my teammates every step of the way.

“After the games GM Mike Addesa was available if we wanted to sit and talk about our play in each and every game. And, does he ever know and understand every aspect of how to play and master every detail within the game of hockey. Believe me, having a former D1 Hockey coach and NHL scout sharing that knowledge was invaluable. We were given the tools to be better players and it was up to us to apply them. The manner in which each and every staff member would relate to me really helped me to gain a lot of self-confidence.”

“They broke the mold with Tucker Twardosky,” said Worcester Railers JHC head coach James Mello. “Since day one of arriving in Worcester, we knew we had a very special young man in our program.Tucker brought his very best effort to the rink every day and led by example. He took great pride in the letter that he wore representing his leadership on our EHL team in its inaugural year.”

“They broke the mold with Tucker Twardosky”

“Tucker is one of the most unselfish players I have ever encountered and certainly one of the hardest working that I have coached.” 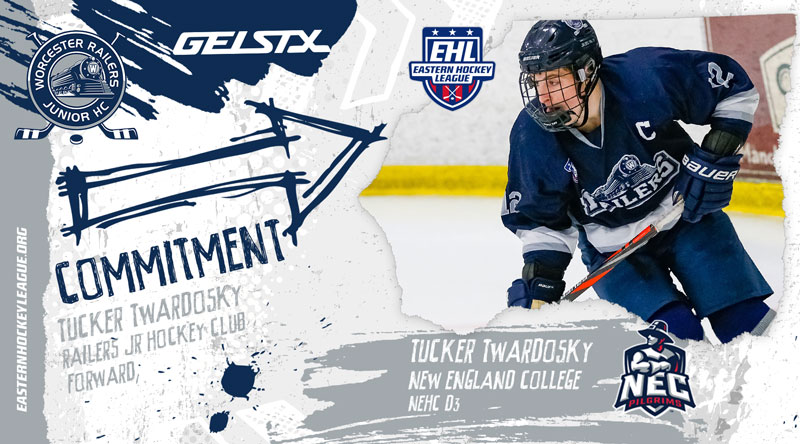 “Coach Mike Addesa, our GM, constantly sent out emails updating our progress week-to-week to all of the college coaches,” Twardosky said. “He was constantly on the phone, familiarizing college coaches with who we were as players and how we were playing. I was fortunate to have a number of choices. I am very excited to have chosen New England College as the destination where I will spend the next four years of my life, getting a top education and playing within a great program.” 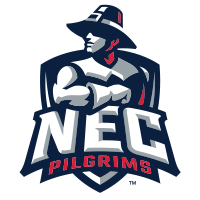 New England College and coach Tom Carroll are getting a top-notch player, the type of guy anyone would love to have in their locker room.

“Words can’t describe how thankful I am to the Worcester Railers hockey club,” Twardosky said. “In my four years of Junior Hockey I have played in different programs. This was by far the most beneficial experience, on and off the ice. The staff of the Railers always put the best interests of the players first. I can’t express how grateful I am to my parents for investing and supporting me, and for all the people, this year, that have believed in me. It’s bittersweet as I graduate from junior hockey and I leave behind my hockey family at the Railers. They will always be a part of my life. I know I must heed coach Mello’s words, ‘Tucker, the best is yet to come’ as I am fulfilling my dream to be a collegiate student athlete.”