The EHL is pleased to announce that Conor Donovan (Railers Jr Hockey Club), Ben Peiffer (New Jersey 87s), and Logan Palmer (Boston Jr Rangers) have been named the December Stars of the Month.

Donovan and the Railers posted a record 4-2-0 in the month of the December, with the ’01 native of Swampscott, MA leading the way offensively for his team. Donovan tallied at least a point in all six games, finishing the month with five goals and five assists to his credit. For the season, Donovan now has 18 points through 14 total games, and is riding a nine-game point streak into the 2nd half.

As for the Railers, the eight-point month solidified the team’s grip on 2nd place in the Central Division standings. Donovan and the rest of his teammates will now look to remain consistent throughout the 2nd half, and into the upcoming postseason in March.

(…this story continued on easternhockeyleague.org) 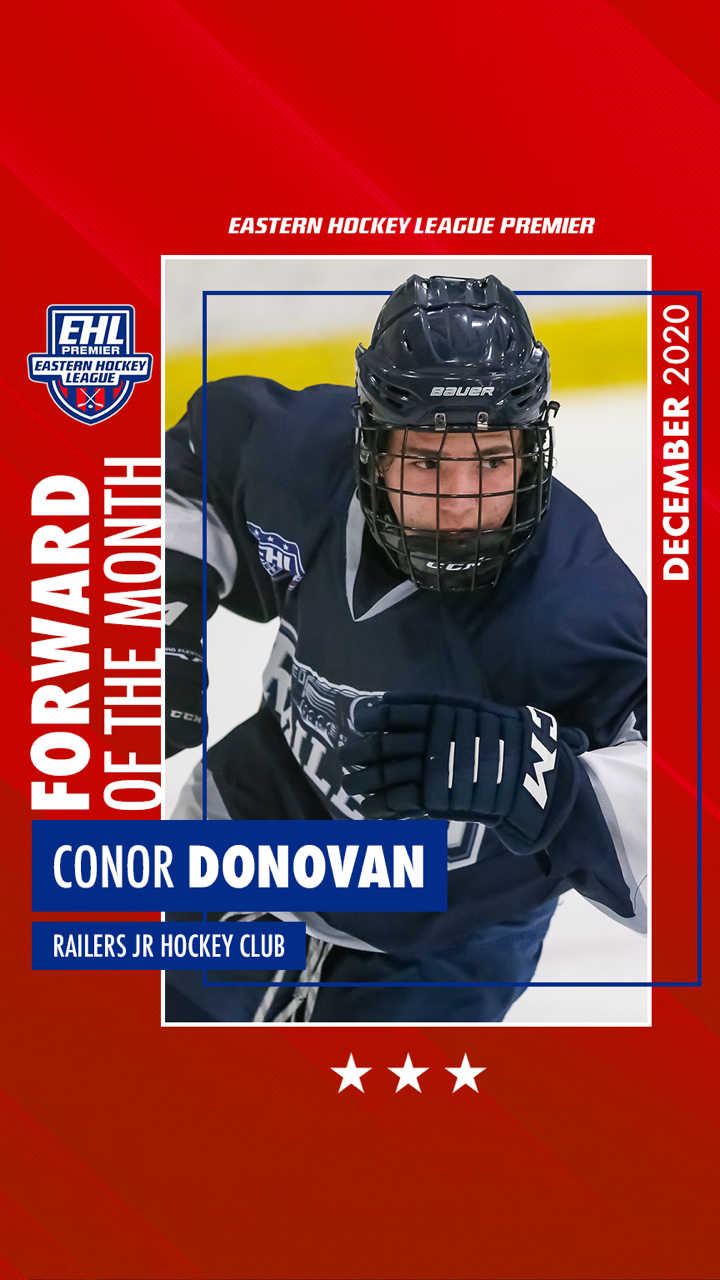