Blackburn and the Railers returned from the holiday break with a weekend sweep of their games against the Boston Jr Rangers and Western Mass Chiefs. The two-win weekend increased the team’s winning streak out to five games and helped the Railers power their way back inside the latest set of Nexlevel Power Rankings.

As for the ’02 native of Palmer, MA, Blackburn scored five total goals in the two games, including a first-period hat-trick against the Chiefs on Saturday. For the season, Blackburn now has 11 goals and three assists to his credit, and the 14 total points puts him on an easy pace to surpass the 18 total points he tallied throughout the entire 2019-20 season.

“Jayden leads by example, he works extremely hard at practice and a credit to him, well-deserved player of the week.” – Coach Sean Bertoni

(…this story continued on easternhockeyleague.org) 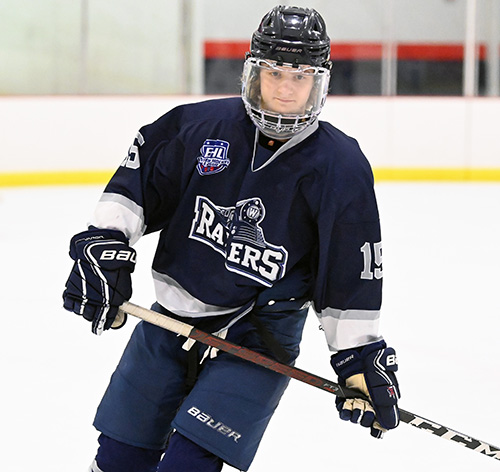