The Railers started the week falling 3-2 to the Boston Jr. Rangers on Tuesday in a shootout (gaining one point in the process) and finished their week beating the New Hampshire Avalanche 5-4 in a shootout win Saturday afternoon.

Worcester continues its strong start to the season standing at 8-3-1 through its first 12 games.

The Railers and the Jr. Rangers are the two top ranked teams in the EHL currently and when the two met earlier this season, the Railers won 4-1.

This time however, was a bit of a different outcome despite a great game played by the Railers. 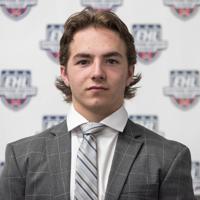 The Jr. Rangers got on the board a little over a minute into the game to quickly take a 1-0 lead. Halfway through the first period, Conor Donovan (Nahant, MA) got the Railers on the scoreboard with his first goal of the game to tie it at one.

The game remained that way until the third when Donovan worked his magic again putting the Railers on top 2-1 after great passes by Tyler Drummond (Baldwin, NY) and Ben McGlashing (Arlington, MA).

Their lead was short-lived as the Boston Jr. Rangers got a late power play opportunity in the third and didn’t disappoint, tying the game at two.

That sent the game into overtime where the two teams went scoreless, prompting a shootout. It was the Jr. Rangers that came away with this one winning 3-2.

Stefan Kulhanek (Wein, AUT) played outstanding in net for the Railers, finishing the game with 27 saves.

In their second game of the week, the Railers took on the New Hampshire Avalanche for the first time this season and got the win with a great comeback. 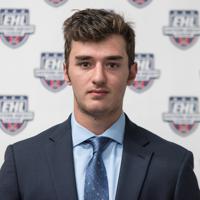 Trailing 3-1 entering the third period, the Railers had the ultimate comeback as they scored two goals in 54 seconds to tie the game at three. Mike DiMascolo (Cranston, RI) got the first one on a power play goal and Michael Martignetti (Winchester, MA) scored the second to get the Railers right back in the game.

With less than two minutes to play in the game, the Avalanche capitalized and scored to take a 4-3 lead. The Railers battled back yet again and with 30 seconds to play captain Matt Pimental (East Providence, RI) scored to send the game into overtime.

After a scoreless overtime, the teams went into a shootout where the Railers came out victorious, getting the game winner from DiMascolo.

The Avalanche got the game’s first goal eight minutes into the first period to take a 1-0 lead. Later in the first, the Railers responded with a goal by Damon Dulac (Quebec City, QUE) to tie the game. New Hampshire scored a pair of goals in the second period. 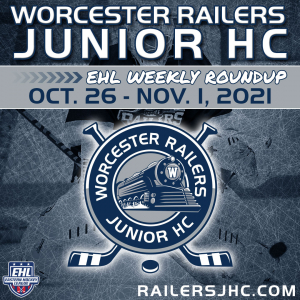 The team congratulates Coach Keith Aucoin after his recent induction into the AHL Hall of Fame.