After a two-week hiatus from Thanksgiving break, the Worcester Railers Jr.Hockey Club EHLP team traveled to Philadelphia to take on the Philadelphia Little Flyers in a two-game series.

The Railers took game one Saturday in a thrilling 5-1 win. After a back-and-forth battle in game two, the Little Flyers ended up on top winning 5-4 to split the series.

After getting down 1-0 early in the second period of the first game, the Railers wasted no time getting back in the game. Daniel Schnack (Ringoes, NJ) tied the game at one and a minute later, Matt Pacheco (Belchertown, MA) gave Worcester a 2-1 lead. 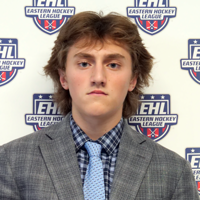 Later in the second period, Lars Osterberg (Hingham, MA) gave the Railers the 3-1 advantage with a short-handed goal.

In the third period, the Railers added to their lead with two more goals from Jackson Duquette (Wilbraham, MA) and Max Beaulac (Fitchburg, MA) to extend the lead to 5-1 and they went on to win by that score. Cam Wickens (Revere, MA) had a great game in goal finishing with 21 saves.

In game two on Sunday morning, the Little Flyers once again jumped out to the 1-0 lead. The Railers responded back with a goal by Schnack to tie the game at one. A minute later the Little Flyers regained their lead. 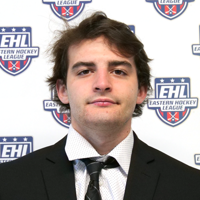 Late in the second period, Luke Geiger (Parking, NY) tied the game at two with an unassisted goal. Early in the third period, Ted Justicz (Harvard, MA) put the Railers on top 3-2.

The Little Flyers then kicked it up a notch and scored three goals in a seven-minute span to take a 5-3 lead late in the third period.

With 20 seconds remaining in the game, Duquette scored to bring the Railers within one, but the comeback would fall short losing 5-4.

Next up, the Railers play the New England Wolves Sunday December 12th at Merrill Fay Arena at 2:15 pm. 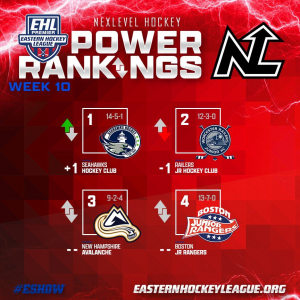