In their lone game of the week, the Worcester Railers Jr. Hockey Club’s EHLP team won in a big way, beating the New England Wolves 10-1.

The Railers had nine different goal scorers and though they didn’t get many shots against, Railers goalies Cam Wickens (Revere, MA) and Isaac Tillman (Dubuque, IA) split their time in net and played well. 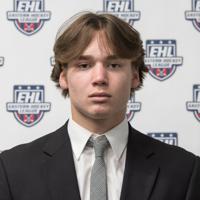 Heading into the second period, the Railers continued to pile on the goals in an offensive explosion.

Aidan Swain (Richmond, VA) scored the fifth goal and then Christopher Lawson (Southern Pines, NC) and JT Gary (Vienna, VA) joined in on the fun while McAleer netted his second of the day. 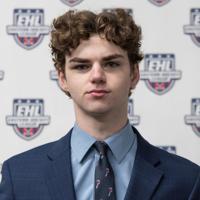 The Wolves got one back early in the third and shortly after the Railers scored two more on goals by John Belisle (Cumberland, RI) and Daniel Schnack (Ringoes, NJ) to account for the final score.

The Railers EHLP team has a busy week ahead to finish off 2021, with five games. First, they travel to Newington Arena to play in a showcase hosted by the Connecticut Chiefs. They take on the Chiefs Tuesday (10 am), play twice December 15th against the Philadelphia Little Flyers (8:10 am) and New Jersey 87s (12 pm).

Then they close out the year hosting the New England Wolves Saturday (5:50 pm) and playing the Walpole Express Sunday at Rodman Arena (12:10 pm). 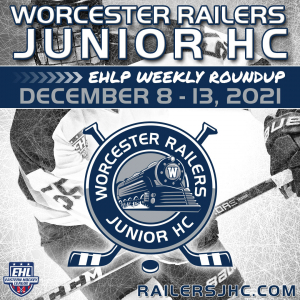 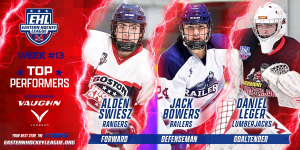