Returning from holiday break, the Worcester Railers Jr. Hockey Club’s EHL team picked up right where they left off.

The Railers won both games they played this past week including a 5-4 overtime decision of the Valley Jr. Warriors on Thursday and a 4-2 win over the Connecticut Chiefs on Monday.

In their game against the Warriors, it was a back-and-forth competitive game with many different lead changes.

The Warriors started off strong getting the game’s first goal two minutes into the first period, but it didn’t take long for the Railers to respond. 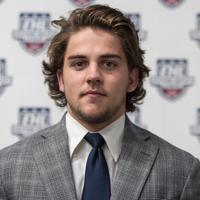 At 11:44 of the first period, Tyler Anastasi (Andover, MA) tied the game at one.

Early in the second period, Worcester scored two more in a span of two minutes on goals by Damon Dulac (Quebec City, QUE) and Matt Pimental (East Providence, RI) to go up 3-1.

From there, it was all Warriors as they would score the next three goals to regain the lead at 4-3.

With a few minutes left in the third period, the Railers fought back again and tied the game at four on Dulac’s second of the game sending it into overtime. 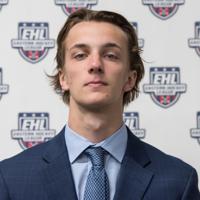 And just 1:34 into overtime, Matt Lombardi (Hudson, MA) came through after a pass from Mike DiMascolo (Cranston, RI) to give the Railers the thrilling comeback victory.

In their second game of the new year, the Railers took on the Connecticut Chiefs. With the game tied at one heading into the second after a power play goal by Drew Olivieri (Swampscott, MA), Anastasi put the Railers on top 2-1 early in the second period.

16 seconds into the third period the Chiefs tied the game at two, but it didn’t take long for the Railers to respond back. 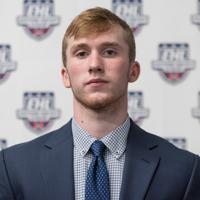 The Railers will look to keep it going this week when they host the Seacoast Spartans Wednesday January 12 (11:30 am) and then play the New Jersey 87s Sunday January 16 at the Rinks at Exeter (2 pm) and the Philadelphia Little Flyers Monday in Exeter (12:10 pm). 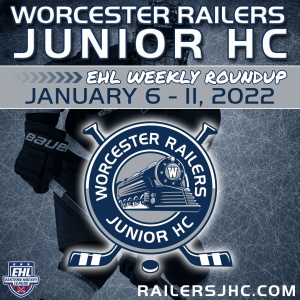