The Worcester Railers Jr. Hockey Club’s EHLP team had a tough go in their only game of the week falling to the New Hampshire Avalanche.

The Avalanche took down the Railers 5-2 Friday night, handing the Railers just their eighth loss of the season.

New Hampshire scored two goals with less than two minutes remaining in the first period to take a 2-0 lead over the Railers.

The Avalanche took over in the second period, scoring three more goals to take a commanding 5-0 putting the Railers in a deep hole. 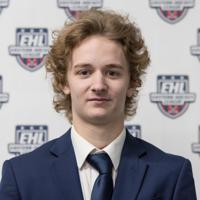 Early in the third period, JT Gary (Vienna, VA) finally put the Railers on the board making it a 5-1 game. Later in the period, Jayden Blackburn (Palmer, MA) scored short-handed to put the Railers within three with four minutes to play, but that is all they would get.

Worcester (20-8-2) will look to re-group this week when they take on the Valley Jr. Warriors Friday at the Haverhill Valley Forum (11 am) and a rematch with the Avalanche Sunday at home (2:40 pm). 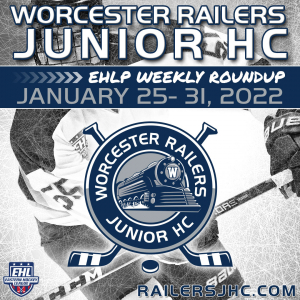