Another member of the Worcester Railers Junior Hockey Club has made his college commitment, as Jake Barcelou has recently announced that his choice will be to attend Framingham State in the fall of 2022.

The Rams play in the Massachusetts Small Schools Athletic Conference (MASCAC) and are coached by Mike Bailey.

Barcelou, a native of Hyde Park, MA, started talking with the Framingham State staff early on in the season, took a tour, and felt almost right away it would be a good place to continue his career as a college student/athlete.

“I really liked it there and I really liked Coach Bailey,” he said. “He is really looking to continue to build what he terms as an up-and-coming program. Two of my former Railers teammates (Johnny Baker and Joey Lizotte) attend Framingham State and play on the team and they spoke very highly of the entire Framingham experience and certainly of the hockey program.” 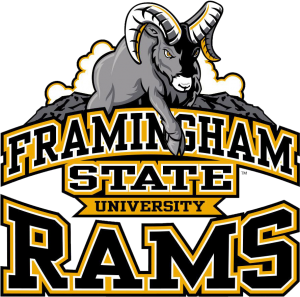 Barcelou is a perfect example of perseverance. He played high school hockey for St. Joseph Prep, and followed that up with a prep year at Bridgton Academy. He then joined the Railers organization for the 20-21 season, following his older brother Justin. Like a number of Railers, he began playing for the EHLP squad, where he gained a lot of experience, and then was promoted to the EHL team midway through that first season.

He has been with the EHL club for the entire 21-22 season.

“Jake Barcelou has been a key piece to our team’s success this year. A steady, consistent defensemen that logs a lot of minutes,” said Railers head coach Sean Bertoni. “Jake is a quick learner who was very coachable from day one. He accepted the role of a shut-down defenseman and was willing to hold back some of his offensive skills in the best interest of our team’s goals. We couldn’t be happier for Jake achieving his goal of playing college hockey.”

“I went to Bridgton for a year before joining the Railers and I learned a lot there, especially socially and academically,” the Railers defenseman said. “I have also learned so much during my time with the Railers. It is all about development with the Railers program.”

He said that he owes a lot to Railers head coach Bertoni and the other members of the entire Railers coaching staff.

“I never would have known that the game of hockey could be that deep if I didn’t come to play for the Railers,” he said.

One key area of the game that the Railers staff worked with Jake on was playing a more physical game, especially with his 6’2” 200 lb frame.

“They preached physical play,” Jake said. “They taught me how to engage and use my body more. The Railers staff helped me to find a strength & fitness mentor to work with me during the off season. My strength and conditioning program during the summer months has had a big impact on me. I am roughly 30 pounds of good muscle heavier than I was the first day I became a Railer. And that has had a big impact on me the way I was able to play the game.”

Barcelou lauded the efforts of both Bertoni and Railers GM Mike Addesa with always being there to help you whether it is concerning hockey, college placement or life itself. He truly appreciates their efforts, especially their efforts of contacting all of the college coaches who took their time and effort to contact and speak with him.