Nichols College will be the next stop for Worcester Railers Junior Hockey Club forward Damon Dulac, who recently announced he has committed to being a student athlete at the Dudley, MA school.

The Nichols Bison, coached by Mike Parnell, are an NCAA Division 3 program who play in the Commonwealth Coast Conference.

“I was unable to make my official visit to Nichols due to a heavy game schedule and the beginning of our playoffs until recently,” he said. “Nichols had been a school that I had been interested in for a long time. I had been looking for a small school away from a city environment. Finally, I was able to make my visit. I went on a tour of the school and it really fit my hopes in many ways. After talking with coach Parnell, I realized that Nichols might be exactly what I was looking for. He indicated they play a solid, offensive-minded game and they like players to be creative and make things happen on the ice.” 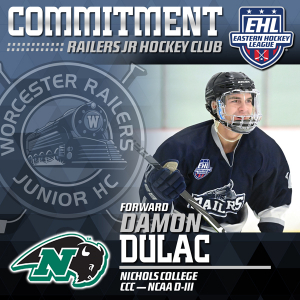 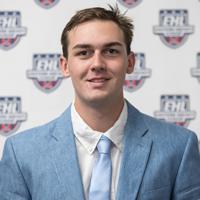 Since joining the Railers EHL squad early in the 2020-21 season, after starting with the Maine Eclipse, Dulac immediately became one of Worcester’s top offensive threats.

In this past post-season, Dulac notched 12 more points in seven games. He was injured on the very first shift in Worcester’s opening game of the Frozen Finals and was forced to miss the rest of the playoff season.

“It was unfortunate that we lost Damon in our first Frozen Finals game,” said Worcester Railers Jr Hockey Club head coach Sean Bertoni. “Damon is a unique player. He is an offensive threat every time he touches the puck. He is a natural goal scorer who has learned to become a three-zone player. Damon is a tremendous young man and we are going to miss him. We are very happy that Damon is moving on to play at Nichols College.”

Becoming a three-zone-player, as coach Bertoni alluded to, was huge in the development of Dulac’s game. He credits the Railers coaching staff in helping him to become a better and more complete overall player.

“They (Railers) taught me how to play with and without the puck in all three zones ,” he said. “They were really helpful in helping me turn into a more complete player. You have to be a 200-foot player. It doesn’t matter if you score two goals in a game. If you are not a complete player out there, you can’t be trusted in all situations, you therefore offer so much less to your team.”

The Railers were key in exposing Damon to a number of college programs. 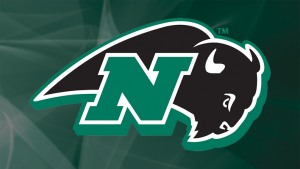 “I told coach Bertoni that I was interested in the Nichols program and he instantly reached out to their coaching staff,” he said.   “And it went from there. Coach Bertoni, coach (Keith) Aucoin and also general manager Mike Addesa all had a big role in helping me.”

Prior to his EHL career, Dulac played two seasons at North Yarmouth Academy, a prep school in Maine. “I played for a team in Quebec that was coached by Sylvain Halle and he opened the door for me to attend NYA and I thoroughly my time there.

“Ever since I was 12 years old I wanted to play college hockey in the USA,” he said, “so when I got the chance to go to NYA, which was the first step, I took it. I am grateful to coach (Michael) Warde and coach (Terry) Meagher of NYA as I am to Sylvain for the part they have played and their strong recommendations to coach Addesa and the Railers program.”

And with his commitment to Nichols College, Damon Dulac will realize his dream of continuing playing hockey in the USA as a collegiate student-athlete.

“I am looking forward to it and I am very happy.”