It was a tough week for the Worcester Railers Jr. Hockey Club’s EHL team as it suffered a pair of hard-fought losses, coming off a high of a three-win Showcase.

On Thursday, Worcester took on the Valley Jr. Warriors and in a back-and-forth game, they fell 4-3 in a tight battle.

The following day they played a solid New England Wolves squad and fell 4-1 despite putting 27 shots on net.

The Railers have a busy week ahead with four games against some tough opponents so they will look to rebound in a big way.

In game one against the Warriors the Railers found themselves in an early hole as the Warriors scored two in the first period.

After not scoring in the first, Worcester came out in the second period where newcomer Sean McWhinnie (Natick, MA) buried a shot in this first Railers game to cut the lead in half.

About three minutes later, the Railers tied the game on a goal by Chase Carney (Lynnfield, MA) on a nice move to the net. 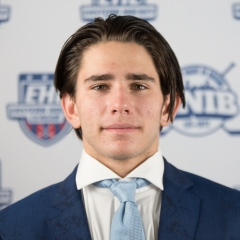 Eight minutes into the third period with the Warriors on the power play, Jack Wineman (Birmingham, MI) picked off an errant pass, went in on a breakaway short-handed and scored top shelf to put the Railers on top 3-2.

Not even a minute later and the Warriors capitalized on the power play tying the game at three.

The Railers had their chances, but were unable to get one in. With less than three minutes remaining, the Warriors scored to go ahead 4-3 and win their first game of the season.

Worcester looked to rebound the next day taking on the New England Wolves.

After a scoreless first period, the Wolves scored two goals in a little over a minute mid-way through the second period to take a 2-0 lead.

Worcester erased half the lead shortly after as McWhinnie scored his second goal in as many days with assists going to Connor McAleer (Holt, MI) and Tristan Boyer (Montreal, QUE) on the power play.

In the end, the Wolves scored two more to extend their lead to 4-1 and that is how the game would end.

Worcester (3-3-0-0) will look to rebound this week when they play the Boston Jr. Rangers Tuesday at Breakaway Ice Center (12 noon) and the Connecticut Chiefs Thursday at Newington Arena (12:30 pm). Later in the weekend The Railers will play in the second showcase of the season at the Ice Den Arena in Hooksett, NH. They will play the Express Hockey Club Sunday (12 noon) and the East Coast Wizards Monday (9 am). 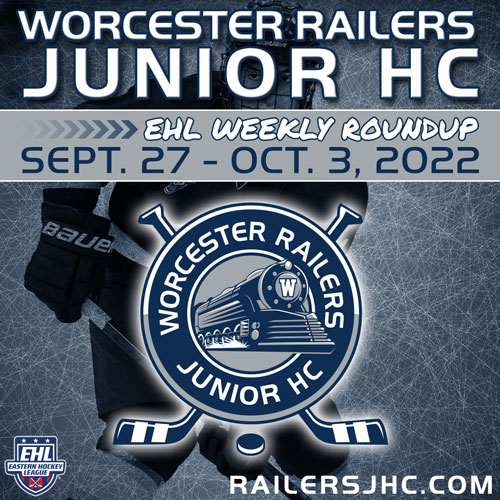