The Worcester Railers Jr. Hockey Club’s EHL Premier team continued its hot start to season with two more wins this past week, as well as a tough overtime loss.

On Wednesday the Railers traveled to the Tony Kent Arena to take on the Seahawks where they fell, 5-4, in overtime in a back and forth battle. 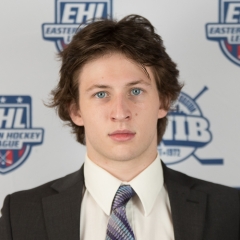 Worcester redeemed themselves Saturday beating the Express Hockey Club 5-0. In a home and home series that continued the next day, the Railers also won that one 2-0. Goaltenders Aidan Healey (Marshfield, MA) and Dom Walecka (Stoughton, MA) each earned a shutout in their impressive showings.

In the first game of the week against the Seahawks, Jed Morone (River-Edge, NJ) got the Railers on the board in the first period with his second goal of the season.

After the Seahawks tied it 59 seconds into the second, Will Celli (Yardley, PA) scored an unassisted goal to the Railers back on top.

In an unexpected turn of events, the Seahawks then put three unanswered goals on the board to take a 4-2 lead putting the Railers in a hole. 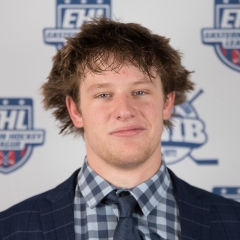 Late in the third period with time running out, the Railers did the unthinkable scoring two goals in 11 seconds by Max Beaulac (Fitchburg, MA) and Morone’s second of the game to tie the game at four.

That sent the game into overtime where Atticus Beane scored this third goal of the day for the Seahawks to give them the 5-4 win.

After losing to the Express 2-1 in the first game of the season, Worcester was looking for revenge heading into this home and home series and they did just that.

In Saturday’s game, the Railers did all the scoring they needed early on getting four goals in the first period.

Beaulac and Morone netted the first two, while Edouard Souliere (Montreal, QUE) and Zander Badger (Clearwater, FL) both scored their first goals of the season.

Healey was tremendous in net finishing the game with 22 saves.

The following day they took on the Express again and it was another shutout victory for the Railers.

Matthew Loza (Buffalo, NY) put the Railers on top early with a power play goal and that is the only goal they would need. 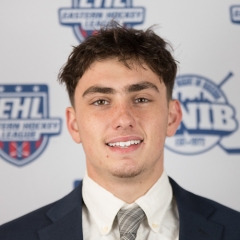 After a scoreless second period, Michael O’Malley (Hudson, MA) added an insurance goal in the third to seal the 2-0 victory.

Walecka followed in Healey’s footsteps from the day before and earned himself a 30-save shutout.

Worcester (6-1-1-0) will look to keep it going this week when they play the Valley Jr. Warriors Wednesday (12 noon) at the Haverhill Valley Forum and the Boston Jr. Rangers Saturday night at the Breakaway Ice Center (8 pm). 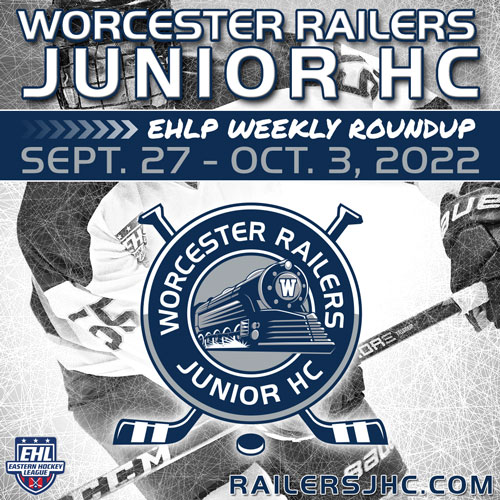