It was a busy week for the Worcester Railers Jr. Hockey Club’s EHL team as they played four tough games.

The Railers came up a bit short in their first three games of the week before snapping the streak on Monday with a thrilling 2-1 overtime win against the East Coast Wizards. 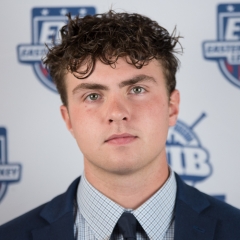 The Wizards struck first in the half to take a 1-0 early in the first half, but that was quickly erased when Jack Wineman (Birmingham, MI) tied the game. The game headed to overtime, where Corbin Melie (Clinton, NY) scored the winning goal after a beauty of a pass down low from Connor McAleer (Holt, MI).

Worcester started the week off on Tuesday taking on an always tough Boston Jr. Rangers team and lost a tight one 4-3. They followed that up on Thursday with a 3-1 loss to the Connecticut Chiefs. Over the weekend, they played in the second showcase of the season and despite a strong performance, lost their first game against the Express 5-2 and ended the weekend strong with the overtime win. 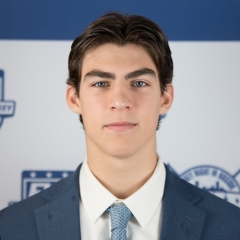 In their first meeting of the season against the Boston Jr. Rangers, the Railers jumped out on top first with a goal by Chase Carney (Lynnfield, MA). The Jr. Rangers got one back minutes later but McAleer put Worcester on top 2-1 late in the first.

The host Jr. Rangers scored three consecutive goals in the second period to go up 4-2.

The Railers got one back late in the second period on Charlie Addesa’s (Andover, MA) first goal of the year, but that is all they would get as they fell, 4-3.

Worcester tried to break their three-game losing streak on Thursday taking on the Connecticut Chiefs but quickly got in a 3-0 hole early they couldn’t climb out of.

Early in the third, Jack Lee (Naperville, IL) scored his first goal back with the Railers to get them on the board.

In game one of the EHL mini showcase held over the weekend at the Ice Den Arena, Worcester took on the Express for the third time this season. 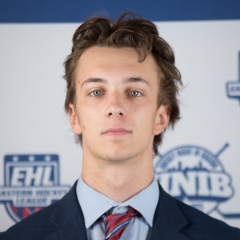 They got down 2-0 in the first half, but quickly tied the game at two in the second half on goals by Sean McWhinnie (Natick, MA) and Matt Lombardi (Hudson, MA).

The Express took the 3-2 lead ten minutes into the second half and ran with it from there scoring two more including an empty-netter to win 5-2.

The Railers hope to get back on track and carry the momentum from the Express win into the next game.

Worcester (4-6) will have a quiet week with just one game this week on Saturday night when they will play the Vermont Lumberjacks at Leddy Arena (7 pm). 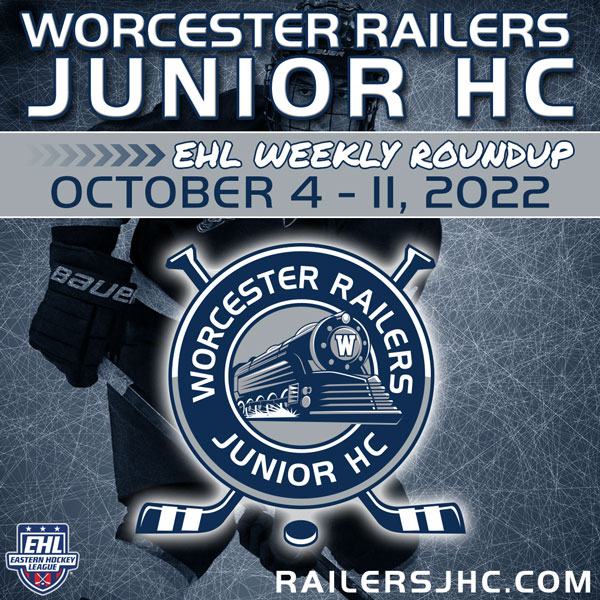