It was a good week for the Worcester Railers Jr. Hockey Club’s EHL Premier team as they snapped their modest two-game losing streak with two big wins, including a thrilling, come-from-behind overtime thriller.

First they took down the first place Vermont Lumberjacks, who only had one loss on the season coming in, beating them 7-3 on Saturday.

Next they took on another strong team in the New England Wolves and pulled off an amazing win. 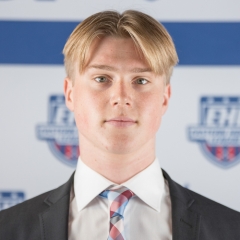 Down 3-0 in the third period, the Railers came all the back to tie the game on a goal by Aidan Swain  (Richmond, VA) late in the third to force overtime.  A little over three minutes into overtime, Gaute Øveras was the hero after a perfect feed by Michael O’Malley (Hudson, MA) giving Worcester the exciting 4-3 win.

Against the Lumberjacks, it was a back and forth first period that saw four goals.

Vermont got the scoring started four minutes into the game, but the Railers quickly responded with Max Beaulac’s (Fitchburg, MA) first goal of the day.

After a Vermont goal made it 2-1, Zander Badger (Clearwater, FL) tied the game at two. 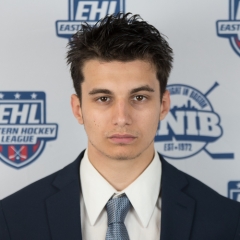 It was all Railers in the second as a three-goal period broke the game open. Beaulac added his second of the game, while Swain scored his first of the season and O’Malley scored his eighth to make it 5-2.

Vermont got one back early in the third, but a goal by Matthew Loza (Buffalo, NY) and an empty net goal by Will Celli (Yardley, PA) sealed the 7-3 victory.

In their game with the Wolves, it was all Wolves until the third period when the Railers changed the momentum of the game.

Celli cut into the Wolves’ 3-0 lead 10 minutes into the third and shortly after Beaulac made it a one goal game with five minutes to go.

That is when Swain scored to tie it to force overtime. 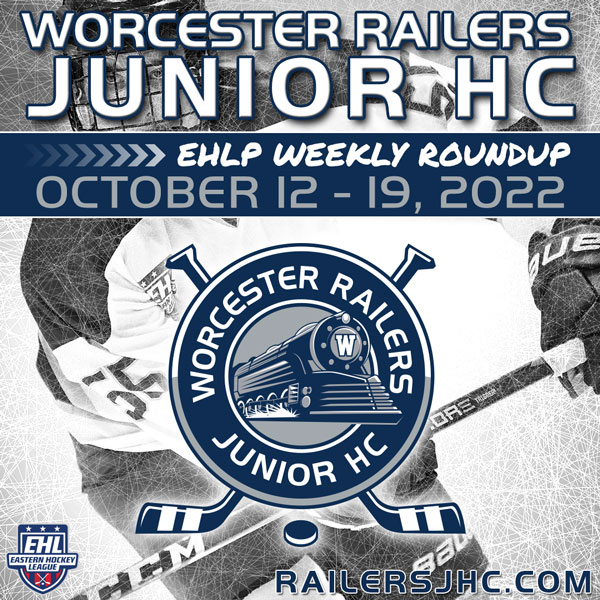