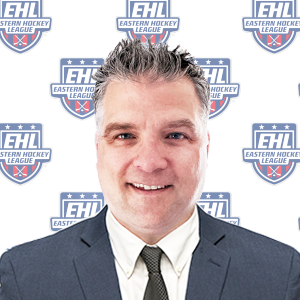 Mike Addesa III will be entering his 2nd season with the Worcester Railers Junior Hockey Club. Addesa played his junior hockey for the Notre Dame Hounds in the SJHL. He then played four years at Amherst College and was a member of the the 1991-92 ECAC North-South Championship team.

After college he spent two years coaching junior hockey for the Boston Bulldogs and the Matt O’Neil Lightning in the former EJHL. Addesa has spent the last 15 years coaching youth hockey at all levels from Learn to Skate through Junior Hockey.

In his inaugural season with the EHLP, the team posted a record of 33-10-1 including a first round playoff sweep before the season was cut short by the Corona Virus pandemic. 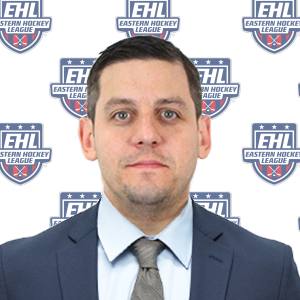 Sean Bertoni’s career at Franklin High School began with a love for both football and hockey. He grew up playing both sports in his youth. Sean entered high school in grade nine to find the Panthers continuing as one of the Hockomock League’s football powers, but their once might hockey program had fallen on hard times. Sean played both sports and in hockey found himself serving as the back-up goaltender. A losing hockey season provided him with the opportunity to start in goal. Soon, Sean became the backbone to the rebirth of success in the Franklin High School hockey program.

During the football season of Sean’s junior year, he sustained a very serious knee injury that required major surgery. This brought his football career to a close. As a result of the surgery, Sean would miss the first fifteen games of the hockey season in his junior year. Yet, he returned in time to lead the Panthers to a 2-1 victory over league power, Canton, and into the state tournament. Sean was given the award for the most dedication to his sport and was also named playoff MVP and overall Team MVP for his senior year.

Sean committed to play his college hockey at the University of Massachusetts Boston, where he was named Team Captain in his junior year. Bertoni transferred to, due to academic programming, and graduated from Suffolk University. Coach Bertoni has spent the past ten years in education. Sean has a Master’s Degree in Education and Applied Behavior Analysis.

Sean entered the coaching profession in 2011. In 2014, Bertoni accepted the assistant hockey coaching position at Oliver Ames High School in Easton, Mass. He served in that position for two seasons and was named the head coach in 2016. The OA program had three consecutive winning seasons under Coach Bertoni and were contenders in each of those three seasons in the state tournament. Coach Bertoni was named Hockomock League Coach of the Year in 2017 for his efforts and the great performance of the Oliver Ames team.

The Bertoni-coached teams are known for their workman-like manner, the energy that they put forth, and the detail with which they play. Sean has a great sensitivity and caring for the students that he works with daily within the Medway schools special education program.

Coach Bertoni resides in Medway, MA with his two daughters. 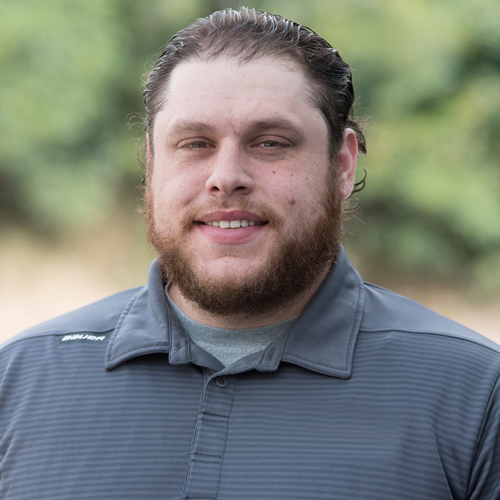 Zach Lebowitz, a current NCAA assistant coach, and a former NCAA D3 goaltender and NEPSAC champion, has been coaching ice hockey and developing goaltenders for over 10 years. After a career-ending knee injury, he left Western NE University to achieve his BSBA in Finance from Suffolk University, and his MBA from Southern New Hampshire University. As a current USA Hockey Level 4 certified coach, Lebowitz looks to bring an amazing attitude and great work ethic to TPH Boston every day.

Lebowitz, an Andover, MA native, currently owns and operates Edge Hockey Skills, where he runs weekly clinics for goalies and skaters at the Pro, NCAA, Junior, Prep/High School, and youth hockey levels. He has also coached at the high school, catholic school, prep school, Junior Tier II/III, and NCAA levels. Zach has extensive experience alongside several great coaches like current director of goaltending for NY Islanders’ Mitch Korn, current NCAA D3 head coach Pat Norton, and current skating and skills coach for the Boston Bruins Kim Brandvold. Learning from accomplished coaches and continuing to be a student of the game has provided Lebowitz with a drive for coaching student-athletes both on and off the ice to become exceptional in hockey and in life.